Graffyard, 2010, Berlin, Germany, Bologna, Italy, QR code, smartphone, tile, spraypaint, paper, wallpaper pasteGraffitis and Street Art got photographed before it was removed, afterwards a QR-Code was placed over the same spot the dissaperaed graffiti used to be, by scanning the QR-Code the recipient opens a time window with his cellphone, he now can see a photo of the disappeared graffiti on his cellphone screen. In that way a mobile phone with a QR-Code Reader can be used to travel back in time. An urban archive. 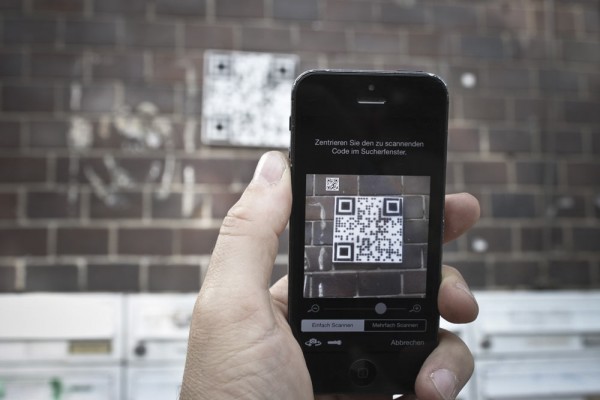 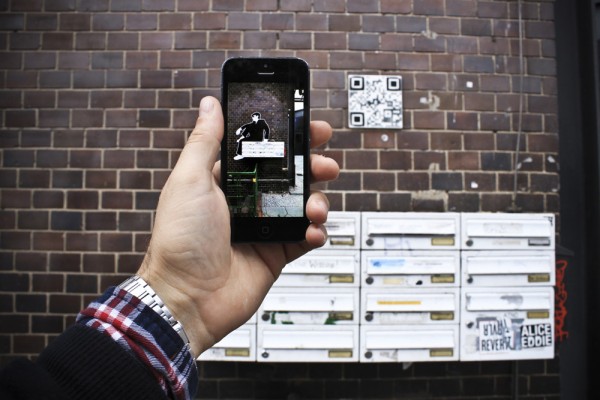 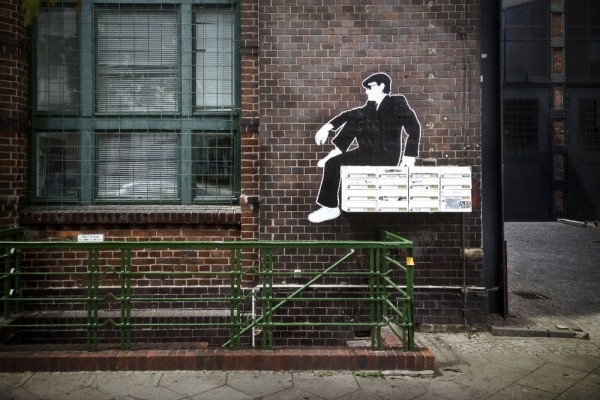 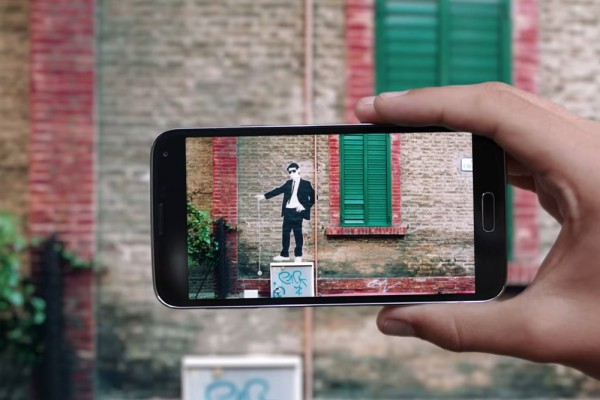 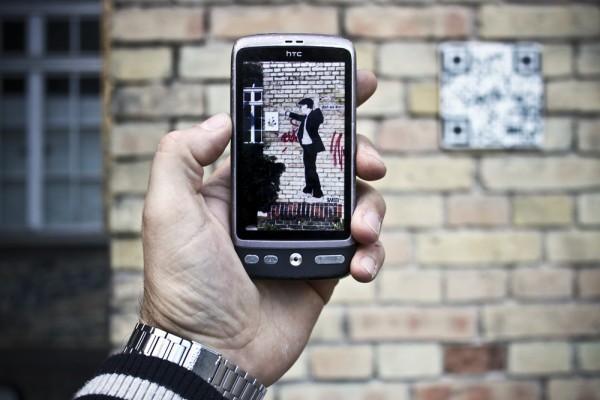 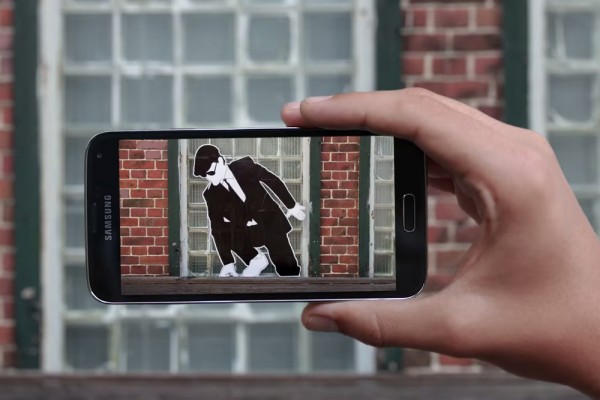